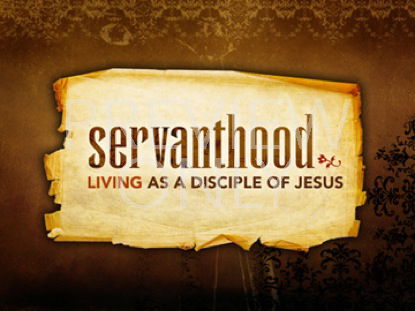 “Paul, a servant of God, and an apostle of Jesus Christ…” Paul the apostle introduced himself both as a servant and an apostle. Formerly a blasphemer, an injurious person, a persecutor and chief of sinners whose sole aim was to destroy the churches, he heard the voice of the Lord on his way to Damascus to persecute the church there and became converted.

His conversion was significant in the Kingdom because he laboured much among the Gentile nations and raised other ministers for the Lord.

Paul’s uncompromising conviction, his untiring commitment to God and the glorious gospel was an undeniable evidence of his conversion. Called and commissioned to preach the gospel he once opposed, he laboured more abundantly than those who were apostles before him.

Paul introduced himself as “a servant of God”. The word “servant” means a bond slave.

As a highly educated Jewish scholar, he knew that a servant or bond slave was the most servile person who willingly submitted to the will and rule of his master.

Every thought, plan, act or relationship was subject to and under the control of his Master.

True believers have been bought with a price and are bond slaves of God. Paul the apostle also described himself as “an apostle of Jesus Christ”.

An apostle is a special messenger sent by a master of greater, divine authority with a specific message that can neither be changed nor modified.

The message or service appointed by the king was always greater than the life, security and convenience of his servants.

The apostles were aware of the compelling authority of the message entrusted to them to deliver to the world and to the Church.

Necessity was laid upon them to be committed and faithful to God even when they were hated and persecuted by the world.