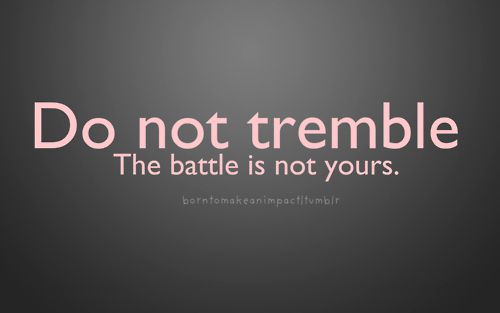 There is so much truth in the saying that “if God is all you have, then you have got all you need.” This is because if we allow God have full control of our lives, He will manifest His power in every area of our needs.

“And the LORD discomfited them before Israel, and slew them with a great slaughter at Gibeon, and chased them along the way that goeth up to Bethhoron, and smote them to Azekah, and unto Makkedah” (Joshua 10:10).

Israel, on their way to the Promised Land under the leadership of Joshua, encountered many hostile nations. But they prevailed against all. News of their incredible victories made kings to panic.

Indeed, Gibeon, a great city of mighty men, found it expedient to submit to the superior power of Israel even under tough terms.

Adonizedec king of Jerusalem feared Israel and was incensed with Gibeon for submitting and signing a pact with them. Panic-stricken, he arranged a confederacy with four neighboring kings against Gibeon. Gibeon handed the battle to Israel who routed the confederacy of five Amorite kingdoms.

Notice how the event was captured in verse 10: “And the LORD discomfited them before Israel, and slew them with a great slaughter at Gibeon, and chased them along the way that goeth up to Bethhoron, and smote them to Azekah, and unto Makkedah.”

This string of victories did not come to Israel by dint of hard work or military might; God fought for them. As long as Israel was in good standing with Him, the Lord of hosts remained their Banner.

God still fights for His people. For those who through repentance and faith in Christ have submitted their lives to God, He is the Source of their victory. When God fights for you, no confederacy of demons or men can withstand you.

THOUGHT FOR THE DAY: A city set on a hill cannot be hid.