Charles Swindoll, an evangelical Christian pastor and radio preacher, in the course of studying the Scripture, worked himself up with a feeling of finding examples of early believers, whose lives were marked by rigidity, predictability, inhibition, dullness and caution.

But his research could not get him anywhere. Instead, Swindoll said: “The examples I find are of adventurous, risk-taking, enthusiastic, and authentic believers whose joy was contagious even in times of full trial.

Their vision was broad even when death drew near. Rules were few and changes were welcome. The contrast between then and now is staggering.”

“Therefore I was left alone, and saw this great vision, and there remained no strength in me: for my comeliness was turned in me into corruption, and I retained no strength” (Daniel 10:8). 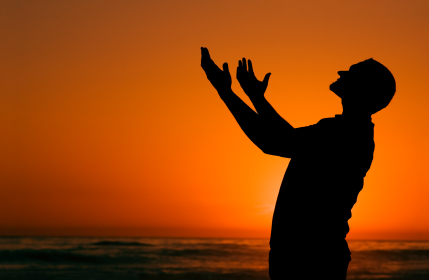 Daniel’s vision, from the scripture passage above, opened up detailed prophecy about Israel’s future. He was particularly concerned about this and he prayed and fasted for three weeks. By the twenty-first day, a man appeared to him, giving him a revelation.

Prior to this, the prophet had had some visions, which he could not clearly understand. But this one was clear enough to him. The vision startled him!

The man in the vision clothed himself in linen, which symbolized purity, and girded his loins with fine gold of Uphaz, which equally symbolized high position. His body also was like the beryl, which symbolized royalty, and his face as the appearance of lightning, which also symbolized truth.

Even though those with Daniel did not see the vision, what they experienced made them to run into hiding, leaving Daniel alone.

The prophet, who had completely lost all his strength by the virtue of this vision, was terribly afraid as well. He was so afraid that he fell down and started to sleep. This shows that nobody can comprehend God.

This is why we all need to fear, reverence and adore Him. Our finite minds can never comprehend God. But our praises and adoration of Him can attract His manifest presence.