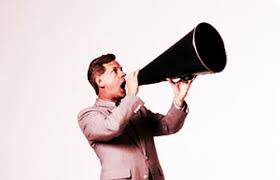 The Great Commission makes it the business of every Christian in every place to tell others about Jesus and to do his best to bring others to the Savior. The bringing of one soul to Jesus is therefore the highest achievement possible to any believer. Those who have answered the Savior’s call to salvation were brought in many ways.

Some were brought by a friend, a neighbor or a colleague. Others were introduced by parents early in life, while some were invited by the voice of an anonymous herald on radio or the city bus service. Yet, some others were brought in through a miracle of healing by a minister. However the invitation came, the channel used is undoubtedly, God-sent.

“And, behold, men brought in a bed a man which was taken with a palsy: and they sought means to bring him in, and to lay him before him” (Luke 5:18).

The men mentioned in our text were God-sent, to introduce the helpless, sick fellow to Jesus for the healing of his diseased soul which was reason for his bodily infirmity.

These men knew they had not the power to help their friend in his predicament, but they obviously knew the Savior and they believed He could heal him.

The perseverance with which they carried the sick man in his couch and let him down through the opened roof to the place where Jesus was seated is the evidence of their faith.

Sinners are helpless in the hands of Satan and the flesh. They have no hope of eternal life if somebody does not tell them about Jesus who died to atone for their sins.

Every true believer is God sent to go and preach the gospel of salvation to every creature within his reach. And because we are sent to a people weakened, paralyzed and sick with sin, we must be willing to lend ourselves to be used as the hands, arms and feet to lovingly hold, carry and bring sinners to Jesus.

Nothing reveals our faith in Him better than perseveringly leading sinners into a lifetime of relationship with Him. There is the promise of reward for every work done faithfully in His name.

THOUGHT FOR THE DAY: Be a channel of blessing to others.