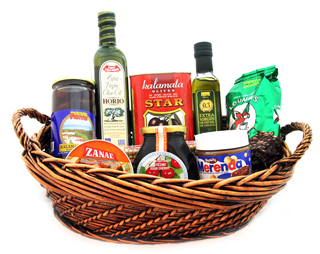 The term, ‘Greek gift’, is used to describe a gesture that comes with strings attached. It is the strategy of giving someone a gift with the intent to entrap him or to influence his subsequent action or to trick him into a compromising situation. For some people, it could actually result in death.

“And Saul said, thus shall ye say to David, the king desireth not any dowry, but an hundred foreskins of the Philistines, to be avenged of the king’s enemies. But Saul thought to make David fall by the hand of the Philistines” (1 Samuel 18:25).

King Saul was very adept at this strategy. He had become envious of David whose popularity had spread throughout Israel because of his military conquests.

David’s accomplishments showed that the Lord was with him, and everywhere he went, he behaved so wisely that even Saul’s daughter, Michal, fell in love with him.

That was the opening Saul needed to perfect his evil plot. He sent word to David that he was willing to give him his daughter to wife. He did not need any dowry from David as was traditional. All he wanted was one hundred pieces of the body parts of Philistine men.

But he was insincere as he hoped that in an attempt to kill the Philistines and get their body parts, David himself would be killed by them. But Saul did not reckon with the favor of God upon David, so that even before his deadline expired, David successfully killed two hundred Philistines and brought their body parts to the king. Saul then gave him Michal to wife.

Realizing that the Lord being was him (David) made Saul more afraid of David; he also became his bitter enemy. All this time, David continued to behave wisely and to acquire more acclaim, far and wide.

Always wisely examine every proposal brought to you, including those by seemingly well-meaning people. Do not be in a hurry to accept suggestions to do something or enter into very attractive deals that appear too easy and demands little or nothing from you.

Nothing of value and enduring comes cheap. Always look out for a hidden trap or trick that could throw you into a public scandal and shame, or eventually cost you dearly.

When you come to a crossroads in life, always ask for the grace of God to help you handle all such tricky and tempting situations. His grace will be sufficient for you.

THOUGHT FOR THE DAY: All that glitters is not gold