Key Verse: “They that trust in their wealth, and boast themselves in the multitude of their riches; None of them can by any means redeem his brother, nor give to God a ransom for him” (Psalm 49:6,7). 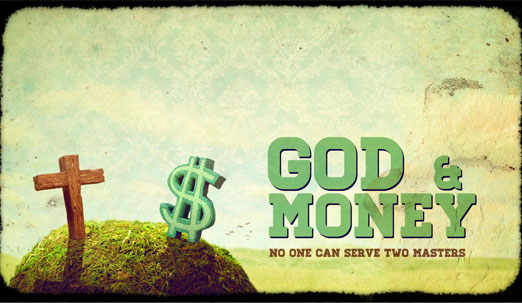 Today’s text explains the ephemeral nature of riches, with a warning to those who pride themselves in it. The psalmist notes the attitude of some rich people who are not only unkind to the poor, but also exploit them.

The psalmist explains that none of the rich people could ever buy life and that it was only God who could stop anybody from dying. He cautions the poor against being agitated with what the rich use their money to do since they cannot use it to buy themselves longer lives from God.

Though wealth acquired genuinely is not a sin, yet the love of it is. The power of money casts a snare and makes men proud and pompous, igniting the assumption that a man could live without God.

Some rich people put their hope and trust in their money. This is a foolish thing to do because money can only buy pleasure, but not peace; it can buy men, but not God.

Whether rich or poor, wise or foolish, everybody must die, and whatever anybody has accumulated on earth will not be buried with him or her. Everything would be left behind, “for we brought nothing into this world, and it is certain we can carry nothing out” (1 Timothy 6:7).

Only faith in God and His promises can sustain anyone till the end.

Believers need to be strongly admonished against the push and pull of money. Some believers get subsumed under the claptrap of money because of their loss of heavenly vision. They forget that they are mere pilgrims on earth.

Saints of God are to hold the things of this world loosely. The Scripture enjoins us to lay our treasures in heaven so that the heart is not bogged down by the pursuit of fleeting earthly treasures.

THOUGHT FOR THE DAY: Do not clog the heart with transient gratifications.